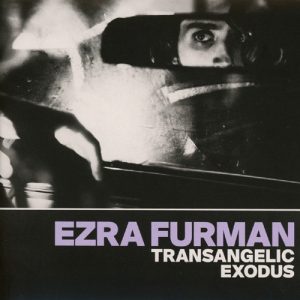 Transangelic Exodus Ezra Furman’s second album for Bella Union, is a new landmark for the American singer-songwriter: “not a concept record, but almost a novel, or a cluster of stories on a theme, a combination of fiction and a half-true memoir,” according to its author. “A personal companion for a paranoid road trip. A queer outlaw saga.” The music is as much of an intense, dramatic event, full of brilliant hooks, with an equally evolved approach to recorded sound to match Furman’s narrative vision. In honour of this shift, his backing band has been newly christened: The Boy-Friends are dead, long live The Visions. In other words, the man who embodies the title of his last album Perpetual Motion Peopleis still on the move… Or in the vernacular of the new album, on the run. His musical DNA remains intact – a thrilling, literate form of garage-punk rooted in The Velvet Underground, Jonathan 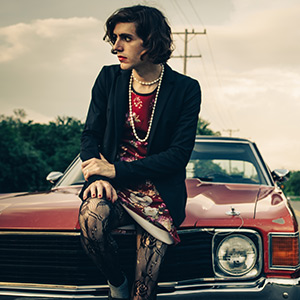 Standout tracks include the album’s lead single Driving Down To LA, a sparse, but explosive, mix of doo-wop and digital crunch. Another is the haunting Compulsive Liar. Transangelic Exodus addresses another kind of coming out, as Furman addresses his Jewish faith on record much more openly than before, from the shivery ballad God Lifts Up the Lowly (which includes a verse in Hebrew) to the exquisite Psalm 151 and the line “I believe in God but I don’t believe we’re getting out of this one” in Come Here Get Away From Me, a heady blend of rock’n’roll rumble and ghostly clarinet. Crossing between love, gender, sexuality and religion, and singing in solidarity with the innocent, persecuted, oppressed and threatened, Ezra Furman has soundtracked the current fear and loathing across America like no other, while pushing ahead with his own agenda, always on the move.