On “Estrellas”, French hip-hop producer Guts brings together artists from three continents. Together they create cultural-geographical links between Africa, the Caribbean and Europe.

Without a pandemic, you’d now be listening to an album wholly recorded in Cuba with local musicians. Back in 2020, everything was organised, so that in May 2021 we could get started. Yet, the sanitary measures proved to be a fierce adversary, so rather than giving up entirely we decamped to Dakar in October the same year – a compromise that ended up being a positive event in itself.

Cuba has a long African history. Under mass enslavement and the Transatlantic trade, Africans were forced from their homelands, against their will, taking their music along with them. Merging throughout the centuries, taking on European influences, led to the birth of a distinctive Afro-Cuban musical tradition.

The spirit etched into thousands of recordings, forever turning towards Africa. The departure point here is not to keep things the same. Rather, a return to the source enacts a loop – much the same as those providing the foundations for hip-hop beats.

The flame when it’s re-lit illuminates everything. Thanks to the Senegalese musicians in Dakar, the Cubans who crossed the Atlantic to join us and my usual family of musicians, this music – a cross-section of covers and original compositions – exists as a homage to Afro-Cuban music. Made in Africa, in Senegal. Three worlds, three languages, three colours. Recorded over 17 days, non-stop, germinating the seed born in Cuba at the end of 2020 so that the most beautiful fruits might be cultivated in Dakar, 2022.

When the world doesn’t seem big enough, we look up to the sky where even the blackness is lit up, where those I loved who are now gone shine as stars, shining as brightly as all the others. Each time I think I’m not going to make it; I recall the star of my mother. Then the path becomes clear.

Pandemic, visa problems, cultural clashes, bank transfers that didn’t go through, a fractured foot – this project sometimes felt like a series of accumulated challenges. The only thing linking us, a shared love for the music, each of us invoking our personal star and all that we have overcome. In this way, the music is born as a call to our stars.

Guts said of the album:

“You can now listen to ESTRELLAS in its entirety. It is yours… Take your time to listen to it with, if possible, good listening conditions. Estrellas was a challenge to freedom, geography, politics and the past.Uniting theș Cuban, Senegalese and French flags on the same record was our answer . The key was the love for Afro-Cuban music in a triangle of love and light. And the music was born… I have infinite gratitude for all the stars of the project that you can discover on the OBI (banner that surrounds the vinyl). And because there is no coincidence in life :),  a shooting star shower will be observable tonight, it is the moment when there will be the most star dust to fall into the atmosphere.”

The album “Estrellas” contains real musical gems, hidden especially in its second half. This title will certainly not be missed in our annual recap. 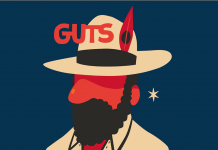 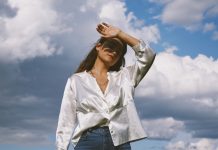 120 MINUTES WITH THE MUSIC OF OUR GUEST: TIMEA