So will Public Enemy, Chicago, and Sister Rosetta Tharpe.

The Recording Academy has announced that Iggy Pop, Roberta Flack, John Prine, Isaac Hayes, Public Enemy, Chicago, and Sister Rosetta Tharpe will receive Lifetime Achievement Grammy Awards in 2020. The Grammys will be handed out at the official ceremony, which takes place on April 18th at the Pasadena Civic Auditorium in Los Angeles.

The Recording Academy will also be giving out Trustees Awards to Philip Glass, Ken Ehrlich, and Frank Walker. Additionally, George Augspurger will be recognized with the Technical Grammy Award recipient.

“Our industry is one that prides itself on influence and paying it forward, and each year the Recording Academy has the privilege of honoring a select group of visionaries whose creative contributions have rippled throughout our culture,” said Deborah Dugan, President and CEO of The Recording Academy. “Our Special Merit Awards recipients have molded their musical passion into pieces of history that will continue to influence and inspire generations of music creators and music lovers to come.”

As for the primetime awards, those will be revealed at the 62nd Grammy Awards on January 26th at the Staples Center in Los Angeles. The entire event will air live on CBS. Viewers can tune in to watch Alicia Keys host and find out which of this year’s nominees — Lizzo, Billie Eilish, Beyoncé, Thom Yorke — will head home with trophies.

Iggy Pop, real name James Newell Osterberg Jr., has been on the scene since the 1960s. 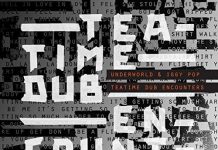 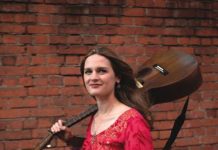