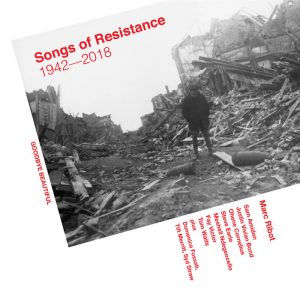 “Every movement which has ever won anything has had songs,” says accomplished New York City guitarist, Marc Ribot. “The songs in this collection are what I wish I’d been able to hear or sing at the demostrations and benefits I’ve attended since Donald Trump’s election. Through them, I’ve tried to channel some of the deep rivers of song from movements past into something that may be useful now. A few tunes are arrangements of US Civil Rights (We Are Soldiers In The Army, We’ll Never Turn Back) and WWII European resistance songs (Bella Ciao, Fischia Il Vento). One is a Mexican romantic pop ballad originally written as a political attack (Rata de dos Patas). Others are my own tunes based on or inspired by these.” 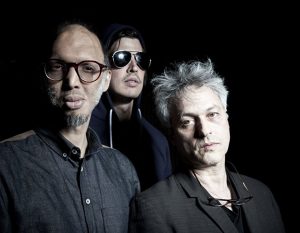 “At a time of such overwhelming social turmoil, finding a focus for this kind of project is challenging. Nevertheless, Ribot’s purpose remained clear. “There’s a lot of contradiction in doing any kind of political music,” he says, “how to act against something without becoming it, without resembling what you detest. Sometimes it is hard to figure out what to do, and I imagine we’ll make mistakes, and hopefully, learn from them. But I knew this from the moment Donald Trump was elected: I’m not going to play downtown scene Furtwangler to any orange-comb-over dictator wannabe. No way.”