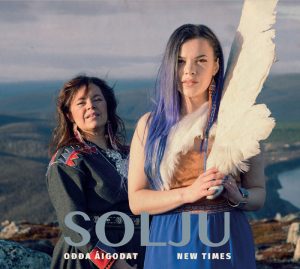 Solju – Ulla Pirttijärvi and her daughter Hildá Länsman, combine their heritage of northern Sámi language and traditional chant, known as yoik, with a desire for new and innovative music, providing a dialogue of traditional and modern Sámi culture. They’re proud of their indigenous roots and want to show it to the world!

Sámi culture and identity lie at the heart of the music, reflecting mythology and aspects of the traditional lifestyles of their homeland, taking the listener to the far north of Europe: Sápmi. Their soundscape ranges from the expansive wilderness of the tundra to the most intimate lávvu fireplace. How do this dainty duo describe themselves in five words? Vivacious, colourful, earthy, ethereal, genuine.