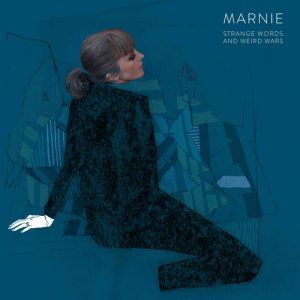 Helen Marnie was born in Glasgow, Scotland, and grew up in the same city. She is a classically trained pianist.  Marnie studied classical piano at the Royal Scottish Academy of Music and Drama in Glasgow. She dropped out of university in Glasgow before going on to study music at the University of Liverpool, where she received in 1999 a BA in pop music.

In the summer of 1999, Liverpudlian producers and DJs Daniel Hunt and Reuben Wu met students Helen Marnie (through various DJ gigs) and Mira Aroyo (through a mutual friend). Sharing similar interests in music, they formed the electronic band Ladytron in the same year. Since then, Marnie has performed as the lead singer of the band, and also plays synthesizers and contributes to songwriting.

Following on from her critically lauded 2013 album, “Crystal World,” Ladytron’s Marnie continues to develop her very own take on a modern pop sound through the release of “Strange Words And Weird Wars.” Comprised of ten pulsating tracks, “Strange Words And Weird Wars “showcases the most impressive elements of Marnie’s incarnation as a solo artist along with those that made her band, Ladytron, one of the most respected pioneers in electronic music; soul crushing synths are wonderfully accented by hook-laden choruses as Marnie boldly explores up-tempo electro dream-pop. 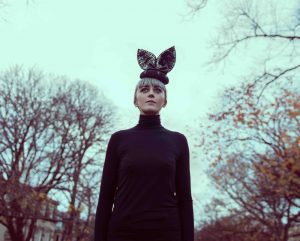 Marnie’s ability to effortlessly play with genres becomes more and more apparent as you work your way through what is such a sonically impressive record. Tracks such as ‘Girls’ expertly creates the immediacy of Ladyhawke’s best work, with ‘Electric Youth’ channeling 80’s mall pop; a glorious guilty pleasure and one of the stand-out tracks on the album. Introspection comes in the form of the shoegaze-inspired ‘A Girl Walks Home Alone At Night’, giving the air of an unreleased b-side from a cult vampire movie, while forthcoming single “Lost Maps” is a pop classic in the making; a single that should be heard on dance floors all over the world.

After moving back to Glasgow in September 2012, after many years living in London, Marnie continued to write music following the success of her solo project and subsequent album release in 2013. Influenced by life, love, loss, politics and all things 80’s pop, Marnie has created an album that has an intelligence and a depth behind what, on the surface, is a melodic contemporary pop record. With support having already come from tastemakers like Pitchfork, Pop Matters and Under The Radar, Marnie will be looking to build upon this through the release of her second solo record; an album that will rightly be deemed one of the most anticipated of 2017.