He studied economy at Economical University in Bratislava at Faculty of management in Košice. He is founder and director of music international record label Hevhetia, (founded in 2001). Hevhetia is focused at non-comercial music (jazz, alternative, blues, experimental, etc.). To the year 2017 was more than 250 records released with coopearation of the artists from all over the world. Distribution of the records is to Europe, Asia, America.

Ján Sudzina was publisher of the magazine Hudba (Music) for more than three years. He is organising Summer music festival Hevhetia from 2011 (http://www.hevhetiafest.sk). Since 2015 the festival is international and is organised in Slovakia, Czechia, Hungary, Poland and France. Since May 2011 to April 2014 he was executive director of project European capital of culture 2013 (Košice). Since 2016 is Ján Sudzina the President of Marathon club Košice.

Hevhetia is a Slovak record company which was set up in 2001.

It has established itself on the home scene as an active record company with exceptionally varied content, covering a wide range of genres which frequently diverge from the commercial and mainstream musical line. In its sixteen years of existence, the Hevhetia record company has succeeded in building up a portfolio of more than 200 discs issued under the main Hevhetia label, as well as recordings on the Hev- Het Tune sub-label, which focuses more on chanson, folk, blues, klezmer, world music and alternative genres.

Hevhetia fosters exceptional projects in both classical and contemporary music, some of which have marked up international success, in particular the recordings of pianist Miki Skuta playing works by J. S. Bach and Nora Skutová playing John Cage.

Other remarkable achievements in the field of classical music include albums of original compositions by Ľubica Čekovská and Jozef Kolkovič, recordings of performances by the Quasars Ensemble, and albums by the LOTZ Trio, dulcimer player Enikő Ginzery and accordeonist Peter Katina. Mainstream jazz is represented in Hevhetia by the AMC Trio, Pavol Bodnár’s projects, the BKK Trio, and Ondrej Krajňák. Regulars on the alternative scene promoted by our company include the songs of Julo Fujak, while jazz and ambient are covered by the projects of guitarist David Kollar.

For Hevhetia Records the last few years have meant acceleration in the issuing of new albums, which at the same time have brought with them considerable expansion in terms of the geography and variety of genres in the musical field we cover.

In addition to music, Ján enjoys running and literature, especially fiction and non-fiction.

In the playlist for New Model Rádio, Ján Sudzina chose music exclusively from his publishing house, which corresponds most closely to the focus of our radio. You will hear pop, folk, rock, blues, jazz and classical music.

Listen to the program here: 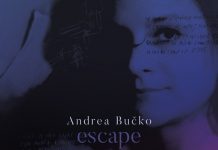