The Žilina-based ten-piece brass band Balkansambel, which takes its inspiration from the music of the Balkans, is not a newcomer to the scene.  It was formed a few years ago by trombonist Martin Noga, also known from the band Mango Molas. The band’s eponymous debut Balkansambel was released in 2011. Thanks to the album, the band’s recordings could be heard all over the world. They’ve played not only in many European countries, but also in India and the US. Balkansambel’s second album entitled Šlamastika was put out at the end of 2016. This release ranked 15th in the January edition of World Music Charts Europe, which is a great achievement for the Slovak music scene. 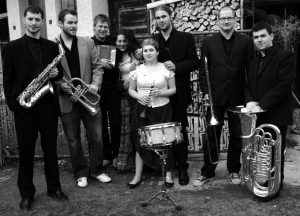 WE USED THIS OPPORTUNITY TO ASK MARTIN NOGA A FEW QUESTIONS.

When did the idea to form Balkansambel come about?

In early 2010 we met with Marek Pastírik and thought it would be great to play some Balkan music so we formed a band. And we’re still doing it today.

Do you think that Balkansambel can compete with the original Balkan brass bands, which are already well-established in Western Europe?

Time will tell, although I have to say that we play our own version of ‘Balkan music’. We are not trying to copy the Balkan guys. I believe we can find our own spot. My experience from direct contacts with guys from the ‘original’ bands tells that we are able to catch the attention of even seasoned Balkan musicians.

Your new album Šlamastika includes the song Bulgariada sung by Bulgarian singers. How did this cooperation come about?

We invited them to the HUDBA SVETA [MUSIC OF THE WORLD] festival in Žilina. They put out an amazing show and I immediately asked them if they wanted to do something together. The girls agreed without hesitation.

The new material includes songs based on Slovak folklore, such as the track Macejko. When did you come up with the idea to incorporate Slovak folklore into your music?

Marek, the main arranger, uses themes from different genres, including Slovak folklore. We find that Slovak songs dressed in Balkan clothes have a very pleasant charm to us.

How do foreign audiences respond to your music?

My feeling is that they are responding very well.  In fact, in countries such as Hungary, where this genre is well-established, the feedback was entirely positive. During our last year’s mini tour of India, we not only received enthusiastic response from the local audience, but also caught the attention of professionals.

What are your next plans?

We are working on the next edition of the HUDBA SVETA festival in Žilina, which will take place on 22 and 23 March 2017. We invited the Romanian brass band Zuralia Orchestra as the main act of the festival. We will play a concert together. Then we’re planning to tour Slovak clubs and go back to India in the summer.  We have been invited to festivals in Poland, Hungary, Slovakia and the Czech Republic. Our concert at the Colours of Ostrava 2017 festival will be one of our highlights of the summer. 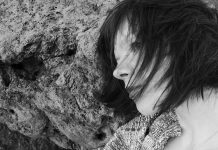 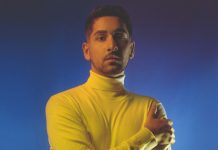