Building on 2018’s Slow Air, Still Corners return with an album about the myth and folklore of the open road.

In a world where everyone thinks all the corners of the map are filled in, Still Corners  believe there’s something beyond what we see and feel, something eternal in the landscape of those never-ending drives.

With the shimmering desert noir sound the band has become known for, “The Last Exit” takes you on a hypnotic journey, one filled with dilapidated towns, mysterious shapes on the horizon, and long trips that blur the line between what’s there and not there.

Greg says, “We found something out there in the desert – something in the vast landscapes that went on forever.”

Hear in all the songs organic instrumentation, clean-toned guitar, spacious drums and the smoky croon of Tessa Murray. Album highlights include “The Last Exit”, “White Sands” and “Shifting Dunes” all of which evoke the vast space of the desert and rolling unconcerned skies. 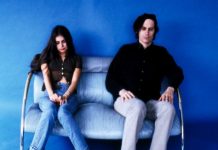 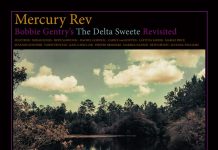